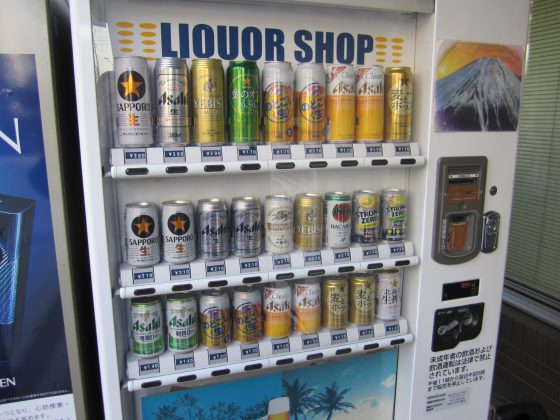 When I traveled to Japan the first time to work as an ESL Teacher, everyone cautioned me about the major cultural differences exotic food, taking shoes off before entering a house, the strict formalities and social etiquette, a work ethic which has spawned its own special word for working one’s self to death (karoshi) but after living immersed in another country for more than six months it was easy to adapt. Instead, it was the smaller nuances of day-to-day life, both good and bad, that made the biggest impression on me and, more often than not, were the hardest to deal with. It wasn’t until I finally returned last year for a visit that I realized how crucial these little details were in filling in the cracks of modern Japanese culture, and what makes it both unique, bizarre, and beautiful.

Japan is famous for its vending machines, selling everything from whole watermelons and newspapers to soft drinks, but I’d forgotten how convenient it was to be able to walk out your door down the street, slip in 200 yen, and purchase an ice-cold Asahi beer from a glowing glass box. Or two. Or three. And it still baffles me how they get away with this.

This was quite a novel experience the first time I saw one in Osaka, but after a year of passing stores full of keychains, action figures, pillows, and other kitsch catering specifically to a single anime series something began to ping on a cerebral radar. It’s definitely a testament to the loyalty of Japanese fans to their favorite media an entire shop devoted to Naruto, Tonari No Totoro, or Deathnote but why?

While the term otaku generally applies to a subculture infatuated anime and manga, it can reference any demographic with an obsessive interest in something. I remember shaking my head at train otakus snapping hundreds of pictures as trains pulled into the station surely there were plenty of other subjects of photography more compelling than the transit system And yet, speeding across rural Japan on my second visit and staring out the window, it was oddly nostalgic to see a group of men with tripods next to the tracks waiting for us to pass.

Of all the impractical fashion trends, the medical eye patch is one that has always puzzled me. Next to the black-and-white homogeneity of business suits and formal wear, occasionally running into the eccentric and flamboyant style of harajuku was always a highlight for me, and a reminder that there is plenty of room for individual expression and uniqueness (contrary to certain North American perceptions of the Japanese). Which, apparently, extends to hindering your depth perception.

On my way to work while I lived in Japan I always had to pass by a pachinko bar (the equivalent of a slots casino) and it was always blaring with migraine-inducing high pitched music and synthetic alarms. When the automatic glass doors slid open, a torrent of second-hand cigarette smoke would follow and inundate unwary pedestrians. It was the bane of my existence. But seeing one again, in all of its grungy splendor, made me smile nonetheless. What makes up a country is as much the good as it is the bad and stinky.

Let me be clear given the prolific number of nanpa (perverts), and the way transit-goers cram into trains like well-dressed sardines, it can be a threatening place for young women, so a women’s only car may be a helpful solution (and is often less crowded). Still, it’s remarkable how many times I’ve irreconcilably embarrassed myself by failing to notice the sign and, exhausted by work, suddenly looked up to see a whole car of women staring at me with derision.

Unlike criminal organizations in North America, the Yakuza have been around for centuries and more or less integrated themselves into the culture there’s an ambiguous and unspoken social contract between the mafia and the police, and both keep out of the other’s business. As a result, the Yakuza have a tendency for conspicuity that borders on arrogance, and exercise their affiliations famously on their license plates. I always a bit distraught when a shiny black Hilux or BMW slowed down as it passed me sometimes they would have single digit license plates like 11 or 88, with some of the more notorious vehicles incorporating 4444 (the number 4 shi connoting ‘death’ in Japanese and considered unlucky).

8. Living Next To Yakuza

When I lived in Himeji, just west of Osaka, it was in a two-story apartment complex. Just on the other side was a huge brick complex with no first-floor windows, numerous cameras, and steel shutters that came down on all the doors and the garage. There was always a shiny black sedan with the number 77 on its license plate. No one screws with the Yakuza. The owner was a bald man in his fifties who could freeze a puddle with his stare. In retrospect, I lived on the safest block in town.

I’m picky enough when it comes to table manners, and becoming accustomed to the slurping of ramen took some practice (and plenty of exposure). When I returned to Canada, the habit had become ingrained, much to the disgust of friends and family. It’s fair to say that visiting a ramen shop when I stepped off the plane in Tokyo again was at the top of my list.

Having a small appetite, I often count on being able to take leftovers home. To my chagrin, this was a relatively foreign concept in Japan. When I think back, this had two important effects on the way I viewed food: first, I became much better at gauging how much I could eat in a single sitting, and second, it helped me appreciate the food as something more than just a bundle of nutrients my body needed to survive. In Japan, food is as much about presentation as it is about taste. 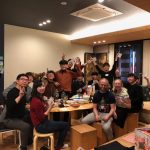 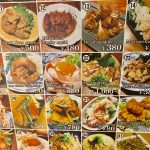